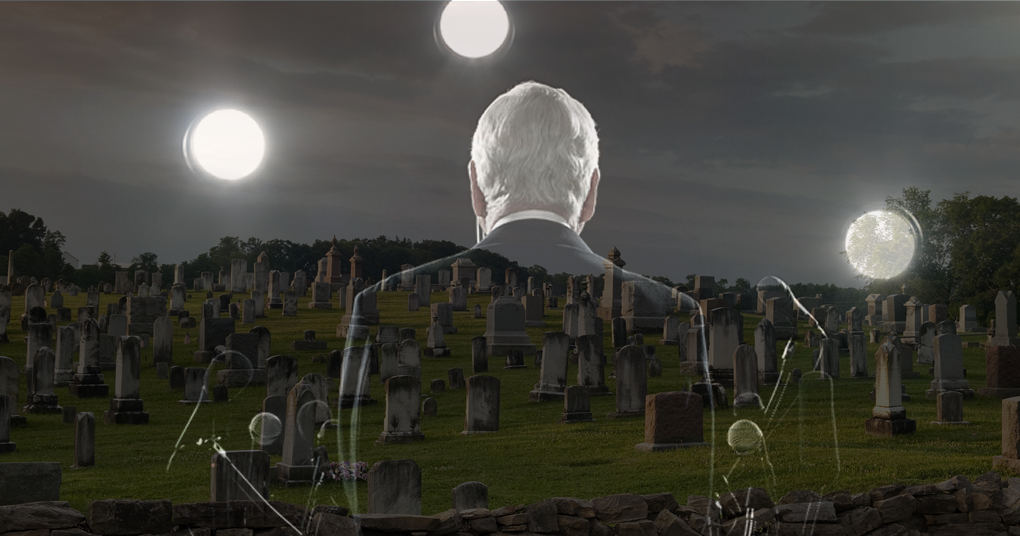 These are excerpts from An Address to the Dead, an excellent letter by Michael Tsarion. You can find the complete article here. You can also listen to the article in its entirety here.

Your puppet-masters at Buck Palace, Vatican, Tavistock Institute and Georgetown University don’t want you going around free, integrated and sane. Then you are a danger to them. So they perpetually over-infuse alien cultures and mores into your overcrowded life-space and, as a result, all peoples and traditions are compromised. Mention race, tribe, ethnicity or national sovereignty, and you are looked upon as a dinosaur or anachronism to be incarcerated or liquidated.

Your masters have been preparing their twenty first century “Bastille” to keep you and your children in order. The technomancers are slowly introducing their nightmarish Global Village in which you will live, not as free human beings, but as compliant numbered sheeple in “mind-forged manacles.” Privacy and independence will be of the past. The sky will be whatever color your wardens say it is. They will assure you that things are safe and secure, and that all is well. And you will utterly believe their lies. It won’t matter that the hands that soothe your anxious brow are those of mass murderers.

But before we play the blame game, let’s first realize that it’s you who inwardly craves an externally imposed order. You bring tyranny into being, and just because you don’t face that fact, does not make it any less true? The leviathan does not come after you. You swim into its jaws with your own effort. You have had to accept that the world is spherical, but you’d prefer it to be flat. You know that you are judged by your deeds, but continue judging politicians by their words. A bit of highfalutin rhetoric, a dollop of tasty sophistry, and off to town you run, to scratch an “X” in the box for one more grinning psychopath.

Like an acid, media viruses have corroded your consciousness and made you unsane. A pornographic media has fragmented your children psychically so they don’t know if they are coming or going. They are emotionally mutilated shards. They try this and that, until jaded and sullied they finally discover that it’s all a sick joke. They seek crude power and dominance and finally crave extinction from their profound inner angst and discomfiture. Their case is critical, but you cannot fix them. You too are broken and lost. Your salvation is in the hands of the pharmaceutical orgs. You swallow their poisons to become uncomfortably numb. You ride the roller-coaster in your relationships, and use conflict to prick yourself awake.

It’s your soul that is sick. It is your Selfhood that is infirm. And that is the plan. You are a perfectly operating “Manchurian Candidate” without feeling or reason.

One girl, hospitalized in a state mental hospital, had slashed her wrists and explained her act by saying that she wanted to see if she had any blood…One of the boys in the training school, for instance, threw rocks up on top of his garage and let them roll down, and would try to catch each rock with his head. His explanation was that this was the only way in which he could feel something…He reported that feeling the pain made him feel at least something – Erich Fromm

Don’t you question where your sickness, delirium, frustration and anxiety come from? Don’t you care that every box of medication bought, to fill your inner void, helps to finance global parasites?

As a nation, we spend an astonishing $650 million per year on sleeping pills alone. Four million Americans abuse prescription drugs, and are addicted to tranquilizers, stimulants or painkillers – Gregg D. Jacobs (The Ancestral Mind)

Each year in the UK more than 24,000 teenagers are admitted to hospital after deliberately harming themselves. But only a small proportion, around 13 percent of self-harm episodes are thought to result in a hospital visit. Previous, smaller-scale research found that people who self-harm were more anxious, depressed and had lower self-esteem than those who don’t – (William McDougal)

By way of their arsenal of weapons (schools, media, medics, etc), the Architects of Control have gradually, but successfully, narrowed and limited the parameters of your consciousness. Their real mastery lies in their ability to convince you, their mannequin, that you are in control of your own mental and somatic functions, your own thoughts and beliefs. In this way they are superior to the normal bug-eyed witch-doctor.

…people yield themselves with perfect docility to our molding hands – Fred Gates (Rockefeller associate. Occasional Letter No.1 of the General Education Board)

And may we ask, what is the behavior of the hypnotized person? Well, we can be sure that his sensitivity is drastically reduced and his thinking is done for him by someone else. If he is told he is Superman or Sir Lancelot he will believe it. He will lose his inhibitions and act out his repressed desires without stint. Logic and reason go out the window. Meaning has the same value as madness. Salt can taste like sugar. He will commit criminal acts that he would normally avoid when fully conscious. He will not feel guilty for destructive acts, and will walk off the edge of a cliff if told to do so. Truth could be hollered into his ears ad infinitum, and yet he will remain vacant and indifferent. You’ll be met with a placid grin and all-knowing expression. Nothing you do breaks the trance. Get the picture?

Nothing lasts forever, and this world of moral delinquents has little time. The Maya saw four creations come and go, so there’s nothing new when it comes to cosmic dissolution.

There have been a thousand holocausts, which have occurred in a thousand ways and will recur, both by fire and by water and by many other means – (Priests of Egypt to Solon)

Goethe had a premonition of this decline of the West: even in October 1801 he remarked in conversation…that spiritual emptiness and lack of character were spreading…It may be that Goethe had even foreseen, in the distant future, the coming of an age in which writers would make great profits by the portrayal of sex and crime for the masses. As Goethe said to Eckermann, on 14th March 1830, “the representation of noble bearing and action is beginning to be regarded as boring, and efforts are being made to portray all kinds of infamies” Previously in a letter to Schiller of 9th August 1797, he had pointed out at least one of the causes of the decline: in the larger cities men lived in a constant frenzy of acquisition and consumption and had therefore become incapable of the very mood from which spiritual life arises – Hans F. K. Günther (on Johann Wolfgang von Goethe, 18th century thinker)

Moreover, the death of the rotten and corrupt is certainly not to be lamented. On the contrary, it is a time of profound joy.

Have you examined the state of your inner republic? In that narrow, sterile, super-lit asylum, your dark guardians come and go, bringing reports that tell of terrible inner ruin and what must to be done to restore peace and sanity. But you call these agents by some dirty names. To you they are “Anger,” “Fear,” “Hate,” “Violence,” “Loneliness.” You put up great barriers and blockades against them, and turn up the racket of the world to level ten.

You are like squatters hiding in a nook beneath the staircase of a wondrous mansion that you have forgotten actually belongs to you. You’ve been taught to fear that place. That is why you don’t explore the mystery of yourself, and turn instead to the exploiting gurus and priests.

But the time has come for you come out of hiding. The time has come to fling open the doors and step out onto the high balcony to hear the great bells of creation ringing.

You can now learn, once and for all, that the real war is on consciousness. Other brawls are merely distractions, adroitly created to prevent you knowing this. What you get on your TV is a global snuff film courtesy of ‘er majesty “Lizzy” in London, and his “holier than thou” horror in Roma.

That filth has been designed to drain every ounce of Self-Will and power from your mind and heart. It’s to make sure you remain hiding under the staircase, shivering with fear.

You and your country can choose the way of love or the way of power. You can occupy the white squares of knowledge or the black squares of ignorance. Choice is given a man to show who and what he is. If you choose the wrong road there is always time to change direction. But if you have chosen wrongly, then you will surely be held accountable by the higher self (the Holy Spirit) that suffers from your neglect.

Thou shalt know; self-chosen are the woes that fall on men – how wretched, for they see not good so near, nor hearken to its voice – few only know the pathway of deliverance from ill. Pythagoras

The Holy Spirit approaches, and many are worried. They know the end is approaching, and that the “Apocalypse” (or cleansing) is at hand. Therefore it’s “party to the end” and “let’s get smashed!” Satiating the senses is the only high left. We wonder, can you find the still-point in the midst of the insanity? Or will you tranquilize yourself all the more? Will you edit or observe? Will you learn, grow and take back your power?

He who takes a stand is often wrong, but he who fails to take a stand is always wrong – Anonymous

Is it not time to cease “Wormtonguing” yourself? Are you not tired of lying to yourself and accepting the lies of arch-deceivers who imply that love is found where truth is not? Well, dear friends, to find love there must first be truth in your world and heart. And it must be unadulterated and strong. Only the uninfected, psychically-hygienic person can cure his fellows of their manifold psychic diseases. Only the knowledgeable person can raise the torch that extinguishes ignorance from the world.

Any cookies that may not be particularly necessary for the website to function and is used specifically to collect user personal data via analytics, ads, other embedded contents are termed as non-necessary cookies. It is mandatory to procure user consent prior to running these cookies on your website.