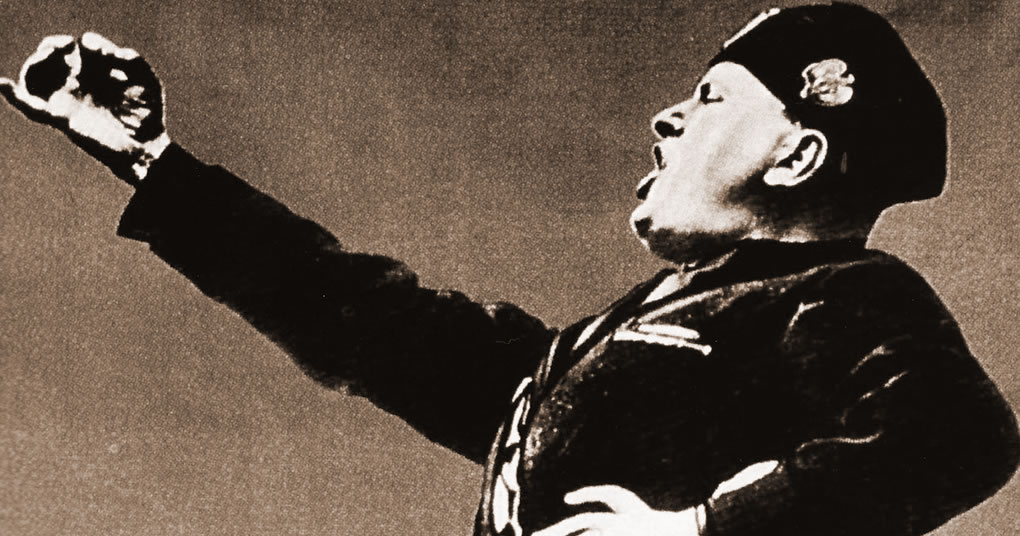 This is a great article, which I picked up from the UK Column website, by David Scott.

For a decade, or more, the slur words of choice from an intolerant left, seeking to silence debate, have been “fascist” and “Nazi”. They use them to signify a political view entirely without decency and characterized by a callous disregard for the weak. It is equated with the “far-right”, the third item in the trilogy of denunciation. But what do these terms actually mean?

The historical Fascists generally came from the left of politics. This fact alone should cause us to question the left-narrative. Mussolini was a political journalist, intellectual and socialist. Britain’s Oswald Mosley was a Labour Party MP and Chancellor of the Duchy of Lancaster in the administration of Ramsay MacDonald.

The historical Fascists generally came from the left of politics.

The following interview is worth watching in full. It dates from 1975, when Mosley, despite approaching 80, still expected to be recalled and embraced as the saviour of his nation. His reasoning and beliefs are proudly on display and they are not at all what one might expect.

I would summarise his world-view as follows:

The result of his reasoning, and in particular of his economic error, is a conclusion very close to that reached by Mussolini, who summarised it as follows:

I would, therefore, define fascism as a political ideology that possesses three essential features:

These three traits create fascism as a political movement, despite their apparently innocuous nature. The separation between the in-group and the rest creates the potential; the compassion creates the motivation; and the economic error provides the mechanism. Fascism, as a movement, needs all three to succeed.

This is quite different from what is asserted in the common narrative, of course. It is compassion, not callousness, that is the motivational force. Compassion can be virtuous, but it can also be harmful. Most of all, it can be highly aggressive when the object of that compassion is threatened. Most notable of all, as the motivation considers itself intrinsically good, it tends to excess and lacks any restraint when applying its ‘benefits’ to society.

Politically, fascism tends to advocate such things as socialised healthcare, the welfare state and security at home and abroad. It opposes the small-government, lassez-faire approach of the classical liberals. Instead, it advocates some or all of: government spending and borrowing, militarism, imperialism, and a planned economy. It often also advocates a “new economics” as intellectual cover for the core error that propels each and every policy development.

In contemporary politics, the presence of these features of fascism, placing it on the left, is being increasingly noticed by commentators and comics who find themselves in the excluded group and who, in response, are starting to ask questions. One such is a musician and comedian, Daniel Bostock, who explores these issues by using parody songs.