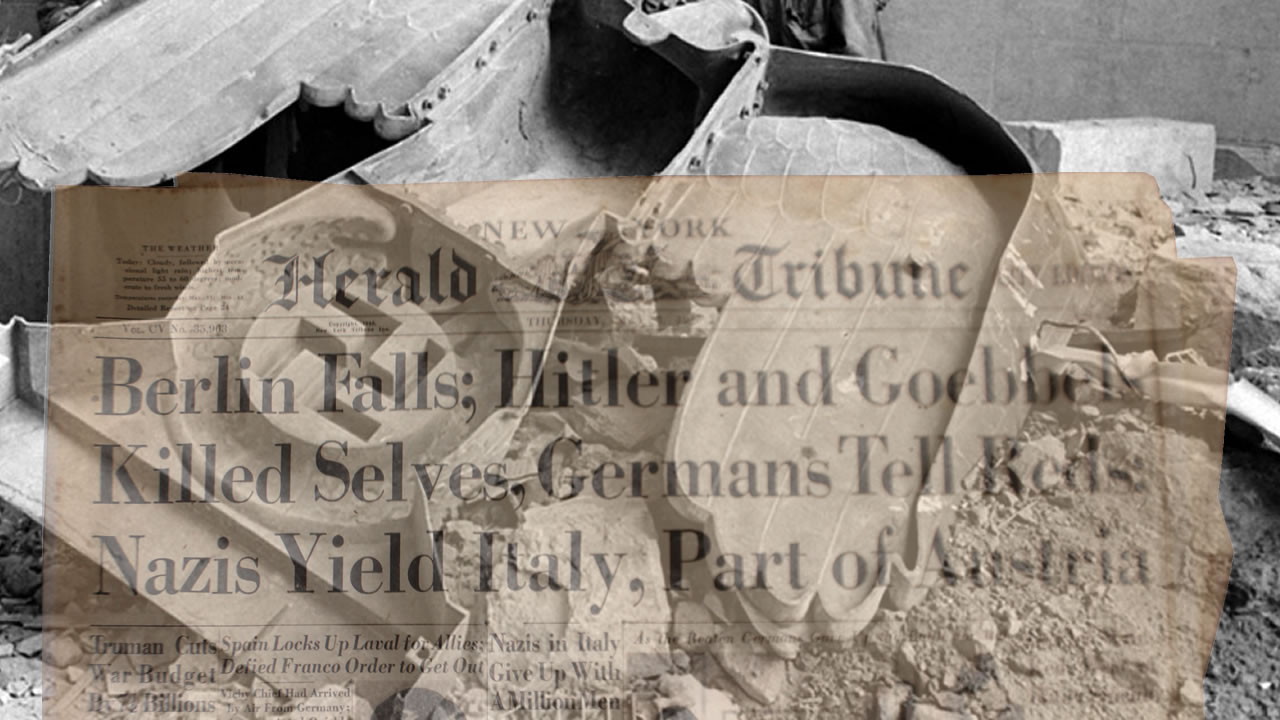 Nazis, based on a crude interpretation of this concept, used Ubermensch to describe a biologically superior Aryan. A man above all men.

The very existence of Ubermensch requires an Untermensch, an inferior man.

So, at one end, you find the Germanic Races, the Aryan, Ubermensch, and the other end, the inferior races or Untermensch. Between these two extremes lives Mensch.

Jews, Slavs, Gypsies, and the rest were the Untermensch or inferior men, and even among these inferiors, Jews were at the bottom of the list of races in Hitler’s book.

This Worldview paved the way for the horrors and terrors of the second world war, which took over 60 million lives, and among them, six million Jewish lives perished in concentration camps, gas chambers, and ovens.

The attempts to procreate a pure and unblemished race of men had many turns and twists, and even the native German population was not immune from its wrath. The Nazis euthanized hundreds of thousands of German children and young adults with disabilities, disformities, and the mentally ill.

Eugenic in a never-seen-before scale.

Ubermensch had an idea—a way to save the world from the Untermehsch, the parasite. The final solution.

When you have an ideologically augmented government, such as the Nazi regime in Germany, everything must be aligned to protect and promote what the political powers demand.

The ideology of the Nazis did not die with the defeat of Hitler and his Nazi regime. Many Nazis, including Hitler, mentioned that their ideology would live on long after they all have gone in their writings and speeches.

The idea of Ubermensch, as Superior Man lived on and is alive and well in the 21st century. It’s lost its institutionalized and openly government-sponsored form and instead went into the heads of a small group of powerful, super-rich, self-righteous, and ruthless men.

The same culture that produces characters like Klaus Schwab with his Great Reset is the source of almost every disaster humanity has suffered for the last 200 years!

Money in the hands of these billionaires is a tool and not a goal. These men have one or two goals in their lives, and they don’t hesitate or shy away from achieving them.

They are billionaires, so they must be better than the rest of us!

I’m the Ubermensch; I am the chosen one to save the planet. The rest of you are all Untermensch, expandable, undesirables, and polluters.

Today, they plan to darken the earth’s atmosphere to block the sun, and tomorrow they invest in the distribution of vaccines by using mosquitoes.

They own the planet and everything in it, on it, and around it.

How ironic that the mastermind behind the Great Reset and this grant idea is a German-born engineer and economist! Klaus Schwab. He’s written a book about it!

At the time of writing (June 2020), the pandemic continues to worsen globally. Many of us are pondering when things will return to normal. The short response is: never. Nothing will ever return to the “broken” sense of normalcy that prevailed prior to the crisis because the coronavirus pandemic marks a fundamental inflection point in our global trajectory.

From: COID-19: The Great RESET by Klaus Schwab and Thierry Malleret

The new Ubermensch of the 21st century is on a mission. The mission is to save the planet from the Untermenschen through a great reset triggered by a manufactured pandemic!

What we had before 2020 was a “broken sense of normalcy”!

I never denied that humanity lost its sense of respect for nature and the planet a long time ago when a bastardized, perverted, and hijacked version of the Western code of conduct legitimized greed and turned every aspect of human life, including its interactions with nature, into a form of business!

“The World is a Business”

The same culture that produces characters like Klaus Schwab with his Great Reset is the source of almost every disaster humanity has suffered for the last 200 years!

The world is in the grip of a pandemic brought about by these forces of darkness, and yet they dare to promise us a better world.

The same criminal institutions and individuals now enforce lockdowns, mandatory injection of experimental drugs and claim that it will save us all!

Why should any sane person believe for one second that a race of inherently criminal people, with such a dark and bloody background, has the good of humanity or even the planet at heart!

The self-proclaimed Western Ubermensch had his chance. It’s over now!

Blessed are the meek, for they will inherit the earth.