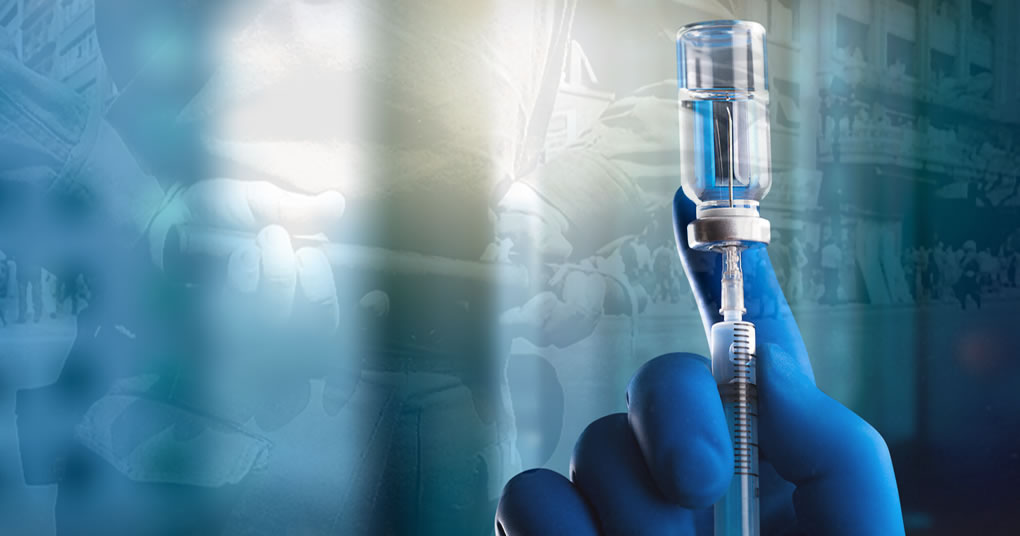 Political power grows out of the barrel of a gun.

In the 21st century, political power grows in the labs and out of a needle.

A global dictatorship is in the making, and those who planned it put the full force of fear and intimidation to subdue the world population into total submission. Their primary weapon is a needle.

We have seen Velvet Revolutions, Arab Spring, and Green Movement, where apparently, people took on to the streets to protest the ruling dictators and tyrants in many parts of the world.

The time has come for the ultimate and utter dictatorship of all times to take on the earth’s population. The establishment of a global government with total control over every aspect of people’s lives.

From Roman emperors to Napolean Bonapart and from Hitler to the Soviet Communists, one and only one goal has been the greatest motivation for every short and tall self-proclaimed savior of the world, and that’s a global government.

The global elites finally realized that total domination and control would not be possible as long as they try to plaw their ways with weapons of war and military forces.

An occupied and conquered nation will not submit forever. Deceived, drugged, and diseased people will subdue for as long as you continue to feed their addictions and injections.

A manufactured global pandemic was all they needed to plunge the world into chaos.
Every government, small or large, legitimate or illegitimate, took part in this plot, and they shamelessly locked down their people. In other words, they imprisoned them in their homes, seemingly to protect them from a deadly virus.

It’s for your safety

Every government of the world proved to be nothing but an authoritarian system at core, which dropped its mask and masked their nations to protect them from a “lethal virus,” with a mortality rate of less than 1%!

From the first days of lockdowns, the pandemic exposed the bitter reality:
A few have the absolute power to control the rest and tell them what they are expected to do. In just one year, we realized how vulnerable our rights are as they are proclaimed and guaranteed in the Bill of Rights and the Constitution. We are under surveillance to “stop new outbreaks,” and governments track every movement of their people.

Massive government intervention in the economy began, threatening to enslave people for a very long time. The shattered economies are not any better than the economies of post-war European countries, except now the government assumed colossal debt. Total take over of the economy has become possible due to an unholy alliance between the giants of technology, global financial institutions, and of course, the government.

Technology companies made hundreds of billions of dollars while the rest of us lost our businesses, our livelihoods, and above all, our freedom.

The left knows that only in the serfdom of people they can establish their communal utopia!

These new forces of enslavement are now to decide what can and cannot be said, shared, or viewed. They control the narrative. Facebook and Twitter police the world!

“Behavioral modification” has been developed to unprecedented levels, and through sheer force of censorship, deception, and fear, a new empire is born.

In the 21st century, political power grows in the labs and out of a needle.

Many Marxists, Socialists, liberals, and progressives consider this an opportunity. They see these dark days as a moment in history in which their dream of a global system of state-control could become a reality.

Ironically, the left and so-called liberalism see the loss of freedom as a historical turning point!

They watch the government take over of industries and its intervention in the economy as a “good sign!” a long-anticipated and sought-after opportunity.

Among many on the left, the talk of “Universal Basic Income” is prevalent.

The left knows that only in the serfdom of people they can establish their communal utopia!

They genuinely wish for the government to infringe on all economic activities with the false hope that a new system will emerge which favors what the left considers egalitarian and fair societies.
From the cabal behind every conspiracy against the people, only new gulags, book burning, suppression of dissents, and concentration camps will emerge.

No wonder the chasm between the people and the left has never been this wide. Most leftist pundits you watch praises the lockdowns, the experimental jabs (I’ll not call it a vaccine because it’s not.), and restrictions on people.

Meanwhile, the right and conservatives are also in disarray. They either are terrified by the sheer power of the system, or they are accomplices in this takeover. Except for a handful of conservative politicians, most are part of the global coup D’etat against humanity.

It seems like we, the people, are once again alone in defending ourselves.

No one could have put better than Aldous Huxley, who foresaw these times:

There will be in the next generation or so a pharmacological method of making people love their servitude and producing dictatorship without tears, so to speak, producing a kind of painless concentration camp for entire societies so that people will, in fact, have their liberties taken away from them but will rather enjoy it.

The power of the new empire comes from the tip of a syringe, not a gun.

For many decades now, everybody has heard about the crimes perpetrated by pharmaceutical companies. We all know about harmful drugs, unnecessary vaccinations, and the side effects.

Decades of pumping drugs into the population have left us sicker than ever. New diseases have emerged, which were unheard of 50 years ago. The outbreak of Alzheimer’s, varieties of new cancers, autism, mental disorders, and many more known and unknown illnesses are the legacy of an industry that its wealth amount to hundreds of billions of dollars and has the largest lobbying army!

Above all, our elected officials have given these criminals total and complete immunity to do as they wish without consequences.

No vaccine manufacturer shall be liable in a civil action for damages arising from a vaccine-related injury or death associated with the administration of a vaccine after October 1, 1988, if the injury or death resulted from side effects that were unavoidable even though the vaccine was properly prepared and was accompanied by proper directions and warnings.

It is not the first time that doctors and medical professionals betrayed us.

During the 1930s in Germany, hereditary health courts dealt with “undesirables.”

These courts were comprised of two physicians and a lawyer. Within three years, the Hereditary health courts ordered over 200,000 sterilization. Doctors performed sterilization on hundreds of thousands of patients. They participated in the Nazis Euthanasia program.

Nazi eugenic policies were not the creations of ignorant, evil politicians. The German eugenics program was constructed and implemented by physicians, scientists, who were professors at major universities, heads of departments, writers of established textbooks, research institutes. They were joined by legal experts, also at the top of their profession. What distinguished Germany from Britain or the US was that the political climate under the Nazis made it possible for [them] to put together and implement programs that could not be put forward elsewhere. Ruth Hubbard

Let’s not forget that compulsory vaccination is a German innovation!

Do you need to know more?

Our freedoms hang in the balance. The governments have attached our freedom to getting a vaccine. They shamelessly call the imprisonment of the people:

They impose their will through the tip of the needle and with impunity.

Globalists have taken their gloves off. Their propaganda machine has built an imaginary monster that will get us unless with “get jabbed.” They tell us that: “Nobody is safe until everybody is safe.“

That means an indefinite moratorium on all our freedoms.

And all the while, most of us have been obedient and grateful servants of these monsters. We happily wear our masks, don’t visit our loved ones, and rudely go the other way when a friend walks towards us. We stay in line to receive an experimental jab into our arm, and we pretend that all is good!

Most of us follow “guidelines” and rules that are utter non-sense, with no objection. Sheepish behavior is normal!
Many are walking to the slaughterhouse with a big smile on their lips.

The Needle Global Dictatorship is at work, day and night. It’s using all it has to keep up with lies, to choke the truth, to cover up, to control the narrative, and to deceive, and it seems to be succeeding.

There will be more dealy variances every day and consequently more restrictions, followed by more “booster” jabs.
Who knows what unknown side effects and unintended consequences will emerge amongst those who voluntarily participated in these heinous and unlawful medical experiments in just a few years?

If humanity wants to deserve its grand title, it must rise against the Needle Empire and start by saying NO.