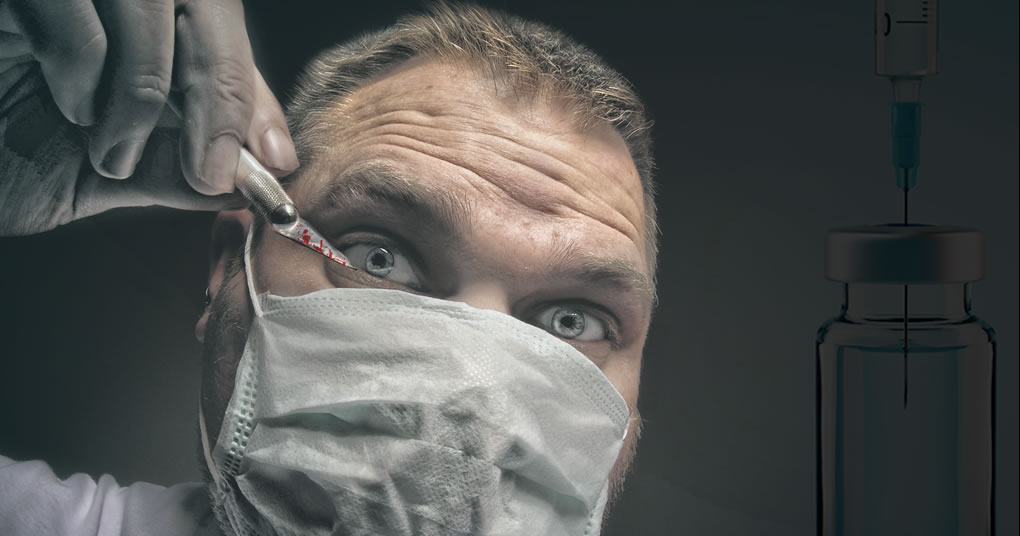 Since the rollout of the COVID19 jabs, millions of Americans have been injected, and a large majority of them twice.

According to the CDC’s VARES (Vaccine Adverse Event Report System), over 14,000 people have died due to their COVID19 vaccination.

You can navigate to the CDC website and find the VARES reporting system and query for various vaccines and side effects.

It’s a well-researched fact that the VARES does reflect nearly 1% of side effects and death caused by these jabs.

On Friday, September 17th, 2021, several doctors at the FDA’s Vaccines and Related Biological Products Advisory Committee, after a virtual meeting that took more than eight hours, explained the actual situation with COVID19. By using the government data, doctors, virologists, and medical professionals draw a very different picture than the FDA, CDC, NIH, and NIAID (the same organization that Fauci runs).

You can find many pieces of research like this.

There are tens of thousands of good, honest and caring doctors for each of the psychopaths in this profession, and thank god for them

So, the bottom line is that there are still many reasons for millions of Americans to be skeptical of the efficacy of the so-called vaccine. And this is if we could trust the people who peddle these injections!

Meanwhile, some so-called doctors come out and announce that they will not treat unvaccinated patients.

Before I go any further, let me tell you about the Hippocratic oath:

“The Hippocratic Oath is the oldest and most widely known treatise on medical ethics. It requires new physicians to swear by numerous healing gods and dictates the duties and responsibilities of the physician while treating patients. There are two versions of the Hippocratic Oath: the original one and the modern one. The need for a revision was felt as drastic procedures like abortions & surgeries became commonplace and medically valid, questioning a physician’s morals anew. “

Doctors take the Hippocratic oath, upon graduation, from medical school.

Psychopaths make the best doctors because they can switch off emotionally

A doctor takes this oath to protect life and do no harm. Some modern doctors don’t care much about the oath. After all, there is no direct punishment for breaking the code of conduct prescribed in the oath.

Most of us trust our doctors and share our most personal medical issues and conditions with them. We trust that they do not betray or abandon us. But no, we are wrong. Modern doctors don’t need to be moral to practice medicine.

A modern doctor prescribes according to the orders from the “higher-ups.” they call an FDA-approved drug “Horse dewormer” and a toxic jab for gene therapy “Vaccine.”

The modern doctor is more worried about the cost of treatment of unvaccinated people for the system, and he claims that vaccines are free! They are not we; the taxpayers have paid for them in advance!

What we see today is truly appalling and sad.

But again, this is not unprecedented!

During the reign of Nazis in the 1930s, they promoted a similar talking-point:

“You Also Bear the Burden!”

A Nazi-era high-school biology book warns that “a hereditarily ill person costs 50,000 reichsmarks on average up to the age of sixty.”

It was doctors who participated in the forcible sterilization of some 400,000 Germans.

Joseph Mengle was a doctor and, by today’s standard, even a great doctor.

The following sentence is from a propaganda pamphlet published in German:

“an easy surgical procedure, a humane means by which the nation can be protected from boundless misery.”

“Vaccines are safe and effective, what are you waiting for?”

How long before the modern doctors come out and portray the unvaccinated masse as “less than human”!

There are tens of thousands of good, honest and caring doctors for each of the psychopaths in this profession, and thank god for them.

The medical establishment continues to lower the bar when serving humanity, which is supposedly their mission.

Insurance companies threaten people by not covering the cost of COVID treatment if they are not vaccinated! However, in this case, the insurance company will pay for your treatment! The irony is that you can still get COVID even if you are vaccinated.

I don’t want to talk about millions of people who support such barbaric and uncivilized behavior and enjoy it even more.

I won’t be surprised if they bring about the Roman tradition of throwing the “undesirable” before lions and watch them being eaten by the beats!

In an age of biological attack on humanity, inhumanity is rampant. Sadly, medical professionals have a special place.

Those we called “Heroes” during the pandemic are being ridiculed and fired if they refuse to take an experimental injection, which goes against all previous laws and codes of conduct.

These are sad times, but what makes them dangerous is how easily evil forces erase the essential elements of human compassion from some of us.

I have strong faith, and I know that goodness will reign supreme in the end, and it will prevail over evil.