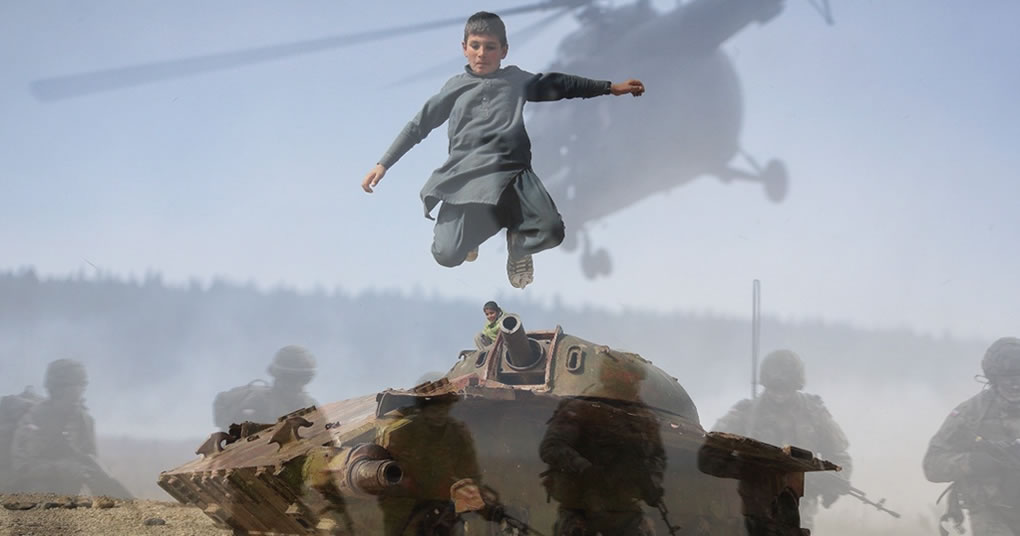 August 1st, 2021, marked the end of the United States’ longest war in Afghanistan.

Under the administration of Joe Biden, the hasty withdrawal from Afghanistan was a total and utter disaster.

After nearly 20 years of relentless fight against the terrorist groups, especially the Taliban, they returned to power again. Despite the heavy toll on the blood and treasures of the United States, the same terrorist organization we ousted two decades ago took control of Afghanistan.

Many of the veterans who served in Afghanistan don’t believe what unfolded before their eyes. For those who lost their comrades and friends or returned with a broken and maimed body, this is a nightmare.

For the Afghan population, the departure of the American forces is the return of a dark and bloody era, which they had forgotten.

I foresee that the very Taliban group, known as a bunch of brutes, will soon partake in the plan for total enslavement of the earth population. They will, in locksteps, with their political counterparts, enforce masks, compulsory vaccination, social distancing, and all that nonsense.

Since the start of the COIVD, we live in a different world. We are witnessing the brutal and forceful arrival of a New World Order.

The new world order brought the end of history, the end to all wars, revolutions, and conflicts!

No country can be left alone, and no population can be left to remain free. Surrounder Afghanistan to the Taliban and make sure they walk in “lockstep” with us and enforce what we want them to.

In the chaos caused by war and constant unrest and insurgence, the self-proclaimed lords of the earth will not do what they can do in calm and even fragile stability. We must never forget that these groups are never interested in Peace.

Even so-called Western democracies have taken their gloves off and showing their true face in crushing any resistance in their countries. Australia, UK, and Germany are now unrecognizable from Iran, North Korea, or China!

All forces of darkness are united, focused, and brought to the forefront to ensure a precise and seamless implementation of all the necessary measures to avoid even the most remote possibility of failure.

I foresee that the very Taliban group, known as a bunch of brutes, will soon partake in the plan for total enslavement of the earth population. They will, in locksteps, with their political counterparts, enforce compulsory vaccination, social distancing, and all that nonsense.

What the darkness needs are subdued Humanity. If one group can crush any resistance better than the others, why not? If the Taliban can “get the job done,” why not?

American armed forces never could do what a terrorist organization can do to serve the overlords of the earth and princes of the darkness.

We see the same pattern everywhere. The COIVD pandemic has fortified totalitarian regimes, and they justify their draconian actions as ” the emergency measures.”

Even so-called Western democracies have taken their gloves off and showing their true face in crushing any resistance in their countries. Australia, UK, and Germany are now unrecognizable from Iran, North Korea, or China!

They call their action “protection measures.” and want us all to know that:

It’s for our protection!

When writing this article, it’s almost eighteen months since the war against Humanity started, and the perpetrators keep telling us that we can go back to “a new normal” when we inject everybody. Of course, they call it vaccinations.

Those considered vaccinated yesterday are unvaccinated today because a third shot (booster shot) is required. Even the unvaccinated is not only a person who has not yet been injected but anybody who has received his first injection less than 14 days ago!

This moving target will always leave a large population “unvaccinated” and naturally perpetuates the vicious cycle of vaccinations by requiring new booster shots! And also to blame the unvaccinated for deaths!

The new normal is already here. It’s many things but “normal.”

In a post COVID world, we will voluntarily succumb to tyranny, and the tyrants perpetuate their reign for as long as they can.

The End Of Humanity

Over the past several years, as we get closer and closer to an AI-controlled society, everybody talks and expresses their opinion about Artificial Intelligence.

From Elon Musk to pope Francis, those who were against such a society in the begging, are now changing their positions.

Many critics are now beginning to accept AI and approve of it as an inevitable stage in social evolution.

Among many Marxists, Socialists and Communists, Artificial Intelligence is their savior! We proved to the merchants of serfdom that if it’s left to us, we will no choose slavery over freedom. We will die before we accept their yoke.

We are to believe that AI and robotics would usher in an era in which there are no inequalities, no wars, no famine, and no diseases.

Robots will do everything from mundane everyday chores to hazardous tasks. A global government will distribute the fruits of the robot’s work among its obedient citizens. In return, all we, the humans, are expected to do is to stay home and enjoy the ride!

Post-Humanism in itself is a paradox. Humanism must die for Post-Humainsm to rise! A Post-Humanist world, is a world where no Humans exsit.

A new definition of Peace and prosperity is needed to describe what the new world order meant.

A human without purpose and cause to live for is no more a human. We will be a new species not much different than our pets today. The new world order wants obedient pets and not rebellious humans.

That’s the end of Humanity.

It is written: ‘Man shall not live on bread alone, but on every word that comes from the mouth of God.’

But that’s not all; the overlords want to introduce the post-human era. An era of man-machines. The new demagogues of the new global system.

For all of these and more, the first and foremost step is to “adjust the population.” There is an unacceptable number of people on this earth, and that’s a problem. A culling is needed.

In order to achieve a Zero Emission world, we need to zero one of the variables in the Bill Gates formula.

So, you see the best and fasts way to get to zero-emission is to eliminate people. None of the other variables are even possible to push to zero! Watch this video from TED talk 2015, by Bill Gates.

A combination of power, arrogance, technological advancement, extreme wealth, and brutality has brought us to this point in human history. We must fight for our lives and freedom or die trying. The other option is to be stripped of our Humanity and live a life of slavery and serfdom.

We are witnessing the end of history. The end of all humans strives for freedom and change. Today is what we were warned about for thousands of years by every prophet, every enlightened man and woman, and in every religion.

I’ll stop here. You judge for yourself what we should be anticipating from this cabal:

“Now imagine this, your phone goes off, it’s a notification from the government via the app: “prove you are at home.” You then have 15 minutes to let your camera recognize your face while you are in your home (tracked via location services) or else the local police will be called for manual check in. People breaking quarantine rules can face a fine of up to $1,000“

Dr. Jason Valentine said in a letter to patients that he could not watch more of them “die from an eminently preventable disease.“