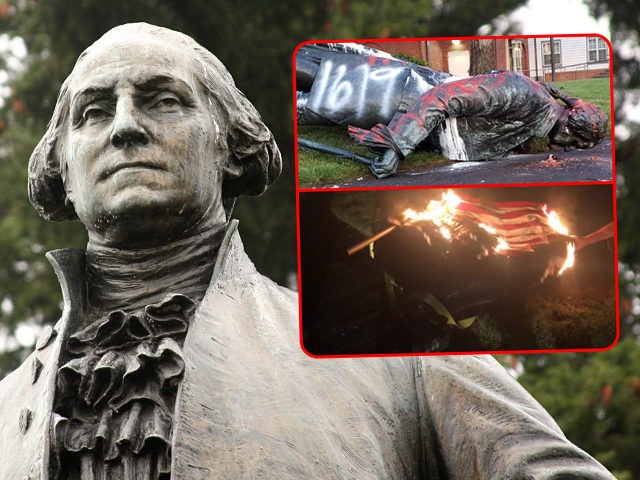 The United States Constitution, and its Bill Of Rights, has always been a thorn in the side of the globalists.

Upon closer examination, it becomes evident that the first and second amendments of the US constitution are especially troublesome and hinder the elites’ attempt to overthrow the people’s rights.

Emphasis on individualism and rights to life and pursuit of happiness is a constant fatal blow to the International Marxist Revolutionaries and their ideals.

We hold these truths to be self-evident, that all men are created equal, that they are endowed by their Creator with certain unalienable Rights, that among these are Life, Liberty and the pursuit of Happiness.

Needless to say that life and liberty could be protected when one has the means to shield them from invaders and intruders.
Americans had never shied away from practicing their rights when it became necessary.

Let’s not forget that free-market capitalism has its shortcomings, but again, no human system has ever been perfect.

So, then for a globalist whose only objective is to build a global and uniform world of supposedly “egalitarian societies,” where the “collective” decides and plans for the individuals, the assertion of individual rights is unacceptable.

By implication, the very existence of a country such as the United States and its ideas is dangerous.

America will never be destroyed from the outside. If we falter and lose our freedoms, it will be because we destroyed ourselves.

A globalist is not necessarily a Marxist or Socialist. A Capitalist could be a zealot globalist just as much as the most ardent Marxist, socialist, or communist.

The notion that capitalists are the bitter enemies of all Marxists and socialists is utter nonsense.

In our time, icons of capitalism, such as Bill Gates and George Soros, are openly and proudly globalists. The danger to our republic from “Capitalist Globalists” is even more immediate than the naked Marxists.

They live and operate in our society. These characters have money, power, and influence to advocate for diversity, equality, gender fluidity, racial extremism, radical feminists, black extremists, and multiculturalism. Each one of the ideas and schemes mentioned above is divisive and disharmonious and sow the seeds of estrangement and alienation among us, since they have definitions that only serve the purpose of the globalist.
Classifying people based on their skin color or religion or the county of origin is purposefully promoted and is the worst form of racism.

The only real and tangible social unit is an individual.

The Laws of the land protect individuals, and the US constitution protects the rights of its citizens regardless of their skin color, religion, background, or beliefs.

Over the past several decades, political Marxism has morphed into a cultural Marxism.

The International Marxists know that their ideas have failed time after time, and the only thing they have to show for is the mass graves of victims of Stalin, Mao, Khmer Rouge, and Castros. Marxism is reinventing itself. But at its core, it’s the same sinister way of control and abuse of individuals.
In recent years, in the United States, we have witnessed the rise of radical leftist groups such as Antifa and Black Lives Matter.

Radical left groups now control the narrative through their accomplices in the media and have achieved in turning our culture upside down!

Despite occasional unfortunate incidents in which the involved individuals on both sides, the Police and the perpetrator, acted irresponsibly and caused painful and sad deaths, Americans are not racist.

In today’s America, there is only one side. A loud and obnoxious small minority wants to disfranchise the much larger majority and force them to silence, submission, and to kneel before them.

Our leaders and people are talking about a “Silent Majority”.

The very notion of having the silent majority is scary and very un-American.

We stand by and watch our cities burned, our businesses looted, and our great nation become a laughingstock of its sworn enemies.

None of the recent violent movements have any clear objective, but to subdue us and force us to silence through the spread of fear.

They bring down and deface the statutes of great men, but what are they going to replace them with? A statue of Lenin? We have one in Seattle!
“Defund and Abolish Police” is utter ludicrousy from these most violent groups! Such demands on its own should be enough to understand the motives and end-games for the loud minority.

From top to the bottom and left to right, everybody ignores the elephant in the room, or condones and justifies the violence, or jumps on its bandwagon, or quietly complains to its closest friends and family members!

I feel that non-violence is really the only way that we can follow because violence is just so self-defeating. A riot ends up creating many more problems for the negro community than it solved. We can through violence burn down a building, but you can’t establish justice. You can murder a murderer, but you can’t murder through violence. You can murder a hater, but you can’t murder hate. And what we’re trying to get rid of is hate, injustice, and all of these other things that continue the long night of man’s inhumanity to man.

Those who dare to oppose America’s destruction in the hands of the leftist militants are being ridiculed, shunned, harassed, threatened, and labeled as racist or fascist.

The silent majority is supposed to come out in the elections and stop the current destructive course, and hopefully even reverse it.

The silent majority needs to understand that all the great foundations of this nation are under attack in their absence. Maybe, the scene is being set for fraud to steal the election.

The silent majority should organize their peaceful protests and practice their constitutional right to assembly and freedom of speech, without fear.
If the globalists prevail in the suppression of free speech in America, by fear-mongering and dishonest arguments, there will no hope for the future. The world without America is just a dark den of beasts.

The darkness will prevail in the absence of the light of the truth.
We must go back to our roots, where we all will come together as one nation, endowed with freedom and love for one another. Let the light of the shining city on hill defeat the forces of darkness.

We are the most compassionate nation on earth. We care for each other. Black, White, Asian, or Native American, we are first and foremost Americans. That’s what unites us and encourages us to face our weaknesses and strive for better days for our nation, which inevitably translates into a better future for humanity as a whole.

We cannot repair the past. It’s gone. We can learn from the past, we have learned from our mistakes and mischiefs, and, together, as individuals and citizens of the greatest nation on earth, we can build a future even more glorious.