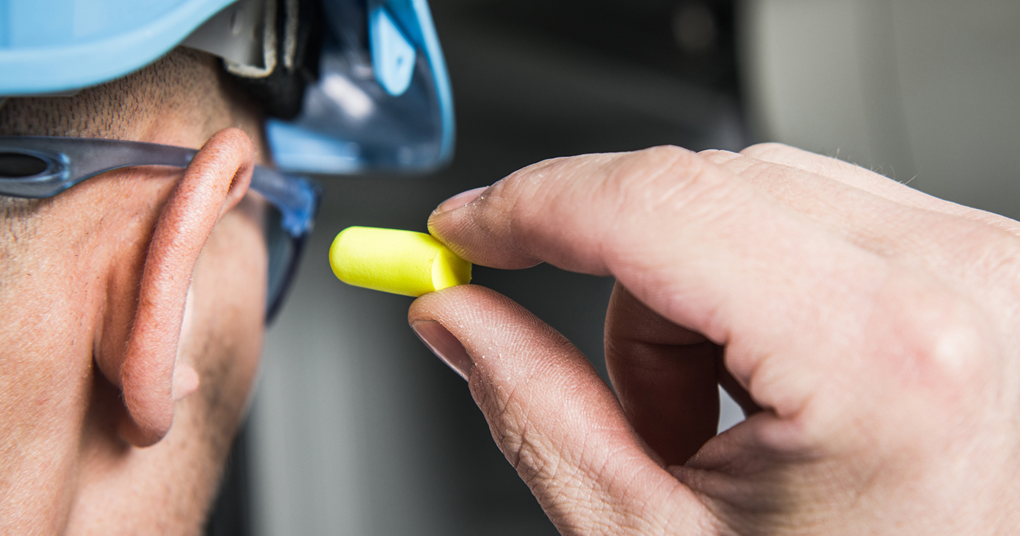 Exactly 70 years ago (in 1941), C.S Lewis, in his famous novel Screwtape Letters, which he dedicated to J.R.R. Tolkien, wrote:

Music and silence — how I detest them both! How thankful we should be that ever since our Father entered Hell — though longer ago than humans, reckoning in light years, could express — no square inch of infernal space and no moment of infernal time has been surrendered to either of those abominable forces, but all has been occupied by Noise — Noise, the grand dynamism, the audible expression of all that is exultant, ruthless, and virile — Noise which alone defends us from silly qualms, despairing scruples, and impossible desires. We will make the whole universe a noise in the end. We have already made great strides in this direction as regards the Earth. The melodies and silences of Heaven will be shouted down in the end. But I admit we are not yet loud enough, or anything like it. Research is in progress.

Music was still whole—a beautiful ensemble. Lyrics, music, instruments, and performance were in such exalting harmony. Just go back and listen to My Way by Frank Sinatra and Unforgettable by Nat King Cole.
Of course, these were the dominating singers and songs and music in the West. I know that in the East, also the music was in a much better state, and every nation had memorable singers and songs.

What is our music today?

There is a new term in the music last 20 years, and it’s officially known as “Loudness War”!

Digital recording now allows sound to be louder overall. Audio engineers often elevate the volume of a song to the recordable limit and that sacrifice quality and fidelity for loudness.

Except for Classical, Jazz, Country, Blues, Soul, and Folk music, which many young people consider boring, everything else is loud and obnoxious!

“Modern music” went from Punk’s loud, fast, and angry into metal, hardcore, and post-punk! Basically what we call music today, is nothing but very loud noise!

Lyrics of most of these loud songs are a repetition of a line or two, and even that is immoral, disrespectful (especially to women), and heavy with rude and vulgar language. This music is a remix of some old and popular song!
The new music is nothing but a loud noise!

But I admit we are not yet loud enough, or anything like it. Research is in progress

There are far and between artists with great work, but their numbers are so few.

We have billionaire “artists”. Selling loud, rude, and destructive music to millions of youth worldwide is a lucrative business. I’m sure there are many “starving Artists” who are still loyal to the true meaning of the art.

We are told that the new loud, angry, immoral, and rude music has social and political messages and statements!

Obviously, music is one the best tools to attract an audience and convey your message, but what we hear today has lost that property:

“My wicked tongue/ Where will it be/ I know if I’m onto you/You must be onto me.”
“I walk down the hallway/You’re lucky/ The bedroom’s my runway/ Slap me/I’m pinned to the doorway/ Kiss, bite, foreplay.”

We will make the whole universe a noise in the end

These superstars promote the sexualization of prepubescent girls in dance. It’s all in the name of “Feminism” and “Empowering Women”. They are in the business of destruction and demolition of anything good and decent.

Social media has been a bane of our lives. Hundreds of millions of innocent young boys and girls, in an instant, get exposed to the garbage they promote as art.

We have censorship of truth by the corporations, who decide what is right and what is wrong. In the eye of Facebook, the exploitation of your young children is not bad, but you are banned if you protest to lockdowns!

Trash music is good but Dr. Seuss is racist!

We will reap what we sow. In fact, we have been, for the last 20 to 30 years, reaping what was sew in the 60s. We have sick societies worldwide, and I blame the Western civilization for what’s happening today.

We have widespread corruption in our private and public organizations. Corporations stop at nothing to make money. No price is too high, not even millions of lives.

What was called the “military-industrial complex” is now in entertainment industry.

The sheeple population listens to the trash, consumes processed junk for food. It’s masked. Conforms with every whim of the ruling class. Believes in every lie propagated by the media, spends time on social media desperately looking to get more “Like”s and followers while heavily drugged by the pharmaceutical companies!

It seems to me like the Screwtape of C. S. Lewis and his minions have been making so much progress they could not imaging 70 years ago!

Let’s not forget that humanity was always roused by a single hero and his journey, not the masses. I pray for the hero.

Maybe it’s in you.